We firmly believe building relationships with stakeholders as the way to success.  We value all, our veterans and families, philanthropists, leaders of socially conscious and responsible  companies, decision makers at local, state and federal members and the charities we support and those they help.

It's important you get to know and trust the growing team behind the brand MARITIME WARRIOR.  It's the passion in our hearts and the vision that drives us. 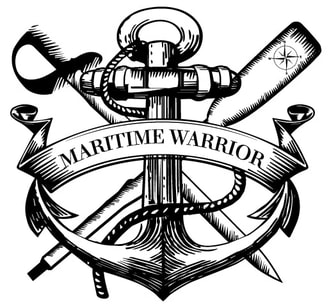 COMPASS - To give direction & help keep you on course to make good life choices
OAR - To give you power to get moving & maintain momentum to achieve your goals
CUTLASS - Gives you a tool to be stronger and fight for a better future
ANCHOR - Used to hold you steady when against the tide.
ROPE - To throw a lifeline, there's always someone who's there to listen, we just have to reach out sometimes.
GUIDON - A Banner carried by a mounted fighting force, it represented a rally point or show direction of battle. Originated from the old French meaning 'the guide man'.   We fly it to lead the way so others can follow. 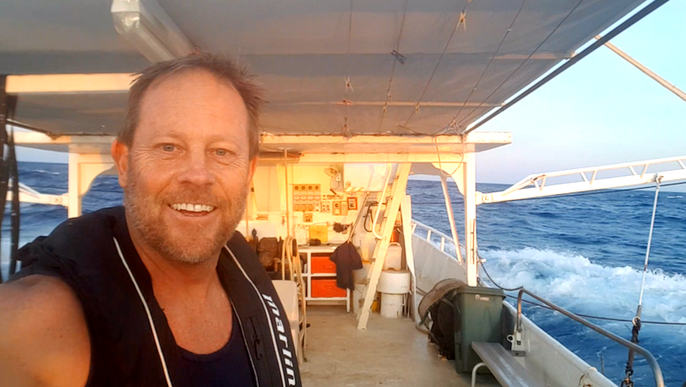 After full time service and reflecting on deploying to over 20 countries it was always hard for Grant to slow down or stop.  He worked on a number of fronts from a diver at Sea World, bomb disposal on the Ho Chi Minh trail in Laos (remnants of the Vietnam War), operated his own Electrical Contracting business, Commercial Diver, Trainer and Assessor, fly in fly out roles in the Security, Safety and Emergency Management fields from  Broome to PNG. 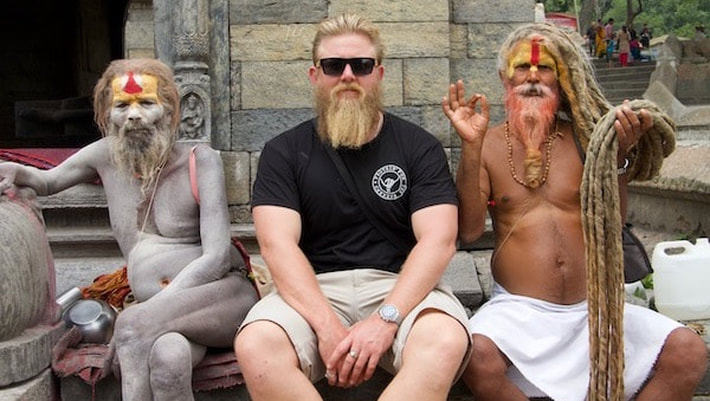 Oz grew up in Toowoomba Queensland, a 2 hour drive from the ocean.  Being a friendly guy he settled into security within the hospitality sector.  He's a team player and competitive by nature,  he grew a passion for training hard and virtually lived in the gym.  Wondering where life would lead he received some sound advice,  get skilled up, go on an adventure.......join the Army.
​​After his first year in the Army Oz deployed on combat operations to the War in Afghanistan as a proud infantry soldier of 6RAR, part of the Mentoring Task Force 1 (MTF-1) of Operation Slipper. 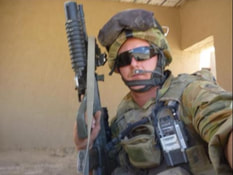 Operational tempo was hectic, during the 6 RAR deployment MTF-1 conducted over 1,700 patrols involving more than 560 small-arms fire incidents, locating over 100 improvised explosive devices (IEDs) and more than 250 weapons and explosives caches. Involved in sustained operations, MTF-1 suffered nearly 40 battle casualties, including six killed in action.  One of the 6RAR Soldiers was later awarded the Victoria Cross for his role in one of the battles.
While on night operations Oz subsequently injured both knees and his back which led to a medical discharge.  Lost in a world he once loved, Oz started travelling while trying to come to terms with being pushed from something he loved. 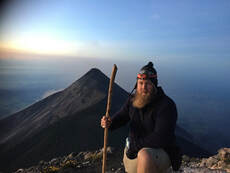 There's no mistake why Oz joined the team as our fundraising travel coordinator.  His passionate about experiencing new things, different cultures & traveling to new places to explore nature and of course the Oceans.  Oz doesn't do 'tourism' but rather gets right to the core of a culture to fully experience what there is to offer.
​​Travels have taken him to Japan, New Zealand, United Arab Emirates, Afghanistan, Thailand, Papua New Guinea, Philippines, Hong Kong, Cambodia, Malaysia, Singapore, Laos, Vietnam, United States of America, Mexico, Belize, Guatemala, Sri Lanka, Canada, Cuba, China, Nepal, Indonesia and Borneo. 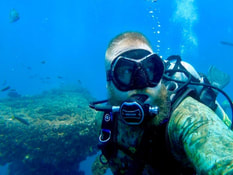 Having a love for the water Oz uses the water to help in his own rehab.  After conducting courses in Thailand, Belize and Christmas Island, his dived in PNG, the fresh water cave of Cenotes Mexico, the Blue Hole off the coast of Belize, Christmas Island, Thailand, Philippines, Sri Lanka and of course Australia.
​
Oz started trekking to maintain his mobility and sanity while trying to be the best version of himself.  He couldn't stop walking and successfully achieved Everest Base Camp Nepal, Kokoda Track PNG and Acatenango Volcano Guatemala between hospital operations.